If you don’t change, your career will die – 3 keys to lasting change

“Change or die.” That’s how the unlucky candidate for school principal heard the feedback. He was dropped into an interim principal’s role mid-year after the previous leader was released. No longer in his familiar district office job, he had to think and act fast to stabilize a school in chaos. This aspiring leader applied for the full-time position to lead the next school year, but someone else got the job. How was this possible? As he listened to the feedback, he realized, “If I don’t change, my career will die.” What are the chances this person would actually make a lasting change?

I recently read Alan Deutchman’s book by the same pithy title describing research on how people respond to this type of ultimatum in several situations. If the purpose of a major change was to improve health or well-being, one would think a rational person would choose to change. Right? Well, the odds are against us. Individuals, large groups, and organizations resist change.

It turns out only one in ten heart patients listen to their doctors and make the lifestyle changes necessary to avoid an early death.

It’s a similar story for convicted criminals as well as managers and employees in conflict. In each of these situations, they are stuck in poor psychology. To effect change in others, the main strategy of the ninety percent tends to be Facts, Fear, and Force. Unfortunately, these don’t work very well.

When people are stuck on a self-destructive path, each of these three methods may result in brief signs of change, only to fall back onto the old path. I recognized a pattern in the stories Deutchman used to define these failures, as well as the exceptions to the rule that explained the ten percent who successfully change for the better. But first, a look at what goes wrong when imposing change on others.

In my work with clients to select leaders for their organizations, I’ve interviewed hundreds of men and women who first try to persuade employees with Facts, seeking “buy-in.” While facts and data are important, they lack the impact leaders think they have when used as a primary management tool. If Facts don’t work, ineffective leaders try increasing the pressure with a little Fear to seek conformity. If all else fails, they resort to the Force of policy to remediate, punish, or expel the non-compliant.

I enjoy helping clients avoid these candidates when making leadership decisions. It may sound easy, but candidates are very sophisticated in disguising these three limiting strategies with positive, professional language. Even worse, they will sound like they are building relationships to build the team, but instead use their personal connections to manipulate others to conform. Their mixed messages erode trust and personal drive to pursue excellence for those they serve and for each other.

The Three Rs of Change

My greatest satisfaction comes from helping a client hire an outstanding leader, then coming alongside the person to give them interview feedback for growth. These top leaders rejected Facts, Fear, and Force as their primary leadership psychology. Instead, they follow different psychology by helping others Relate, Repeat, and Reframe to achieve lasting, sustainable change. This leadership psychology values people and their talents, helping them develop and reinforce these “Three “Rs.”

It is important to note these three keys to change are also reflected in the sustained success of top leaders and their teams. For those committed to change and ongoing growth, Alan Deutchman’s keys are just the beginning. I have added habits that support change leadership and ongoing healthy teams.

Offering the team hope while hiring to sustain your gains

It’s a privilege to offer hope to those who are missing the mark but want to join the ten percent who make significant positive change. Even if a leader has been stuck in a negative way of leading, it’s possible to “re-write their script” as long as they deeply value people. Perhaps they meant well but lacked the training or mentoring to lead in a more collaborative style.

However, when choosing a leader, it’s vitally important to choose people who already lead with these three keys. Sometimes a client chooses to ignore this and hire someone who uses Facts, Fear, or Force to take on a difficult assignment. Within a year that same client has to let this leader go and try again. Once this person imposes order on the troops, they don’t know how – or want – to change.

And what happened to that aspiring principal mentioned at the beginning of this article who didn’t get the job? He took the feedback to heart, not realizing how far he drifted from his ideals in trying to handle a difficult situation. He found hope in a leadership team he trusted to help him rebuild his attitudes, beliefs, and behaviors as a leader. He was committed to establishing trusting, collaborative relationships; learning to invite others to participate in a process that develops their talents; and reframing himself as a developer of adults unified around student learning. He began to embrace the keys to change, re-wrote his script, and joined the ten percent who embrace the journey. 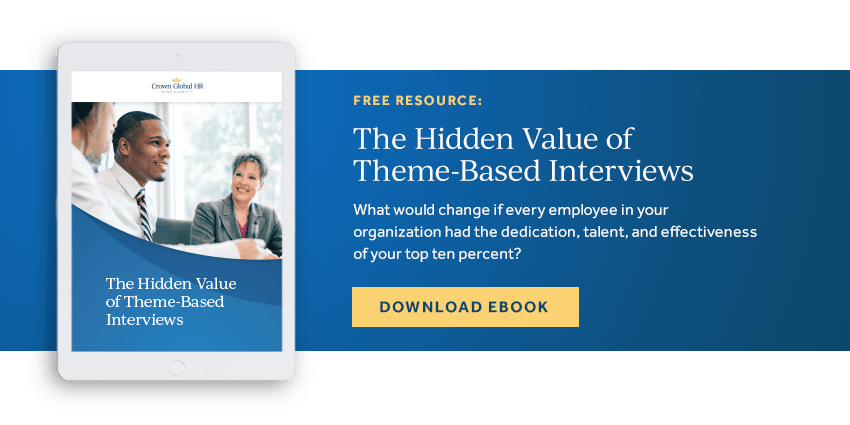